The Vietnam War Memorial, at the corner of Ocean View Blvd. and Honolulu Ave. in Montrose, is very special to Montrose and to our nation because it is the first Vietnam War Memorial in the country. The memorial was dedicated on Friday, June 14, 1968 during the height of the Vietnam War and contains the names of local fallen soldiers who lived in Montrose, Glendale, La Crescenta, La Canada and the Sunland-Tujunga areas. California Congressman, David Dryer, officially recognized the memorial in Montrose as the very first Vietnam War Memorial in the United States. The memorial in Montrose was the dream of three prominent businessmen in Montrose, Don Carpenter, publisher-editor of the now out-of-print Crescenta Valley Ledger, Frank Roberts, known as “Mr. Montrose”, and Vito Cannella. They were instrumental in getting permission from the City of Glendale to move forward with the installation of the memorial in Montrose. Paul Roberts, Frank’s son said, “Dad was proud of this memorial and didn’t worry about what the public would have said about the project.” Steve Carpenter, Don’s son said, “Dad and Frank just decided they had to do this. They didn’t really think about what people thought.”

Here in Montrose, at the site of the nation’s first Vietnam War Memorial, we hold an Annual Welcome Home Vietnam Veterans Day Ceremony near the March 29th date. It is a chance for our local Veterans, many of them Vietnam Veterans, to remember this war specifically and for the public to give thanks to those that served and gave their life. The political and social turmoil of the times reached those serving overseas in the Vietnam War and once they returned it was clear that there would be no “Welcome Home” celebration.

After all these years, those emotional wounds may not be fresh, but they are still tender. “[Vietnam] veterans came home and no one said ‘thank you,’” said Warren Spayth, a Vietnam Veteran who lives in the area. “If you were in uniform, it was bad. Yes, [some] would spit on veterans. There was definitely no celebration.” He added that many of the Vietnam veterans, and those who knew history, remembered the ticker-tape parades for returning World War II soldiers. Spayth said that was a different war, but soldiers in Vietnam were fighting for their country, too, and most thought the behavior toward returning veterans unjust.

“I’m looking forward to being a part of a local organization that promotes businesses in our own neighborhood by supporting each other grow and prosper. I’ve been a member of MVCC for more than 13 years and always appreciated the individuals on the board who made the mixers such a fun and rewarding event. Now it’s my turn to give back to my community and help the newer businesses experience the same warmth and welcome as I did.”
Sara Shahmoradian

“I’m excited to be joining the Montrose-Verdugo Chamber as a way of giving back to the community that has done so much for me. I look forward to connecting with members of the community and ensuring that Montrose continues to thrive!”
Trevor Marca
1st Vice President
“I’ve always been passionate about helping small businesses thrive, but as we come out of COVID-19, I believe coming together as a community to help our locally-owned businesses is more important than ever. I look forward to synergistically connecting businesses to each other, forming strategic community partnerships that are mutually beneficial, and referring business to locally-owned companies whenever possible. Through these efforts, we can ensure that our local businesses thrive in this new socio-economic landscape.” 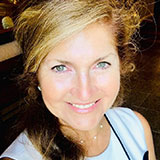 Founder & CEO
American Savings Financial Services
2820 Honolulu Avenue, Verdugo City, CA 91406
818-957-4600
My goal is to participate in the efforts to increase the shine on Montrose businesses, organizations and the community as a whole.

“I am thrilled to have joined MVCC, specially because Montrose is my Mom’s community!
It is in my DNA to be a community supporter, a philanthropist, an advocate for life quality improvement, and I am a strong believer that giving back could become a life changing agent for all involved